What Are Hair Growth Patterns? Find Out Yours Here!

Human hair grows in a variety of ways, and knowing how yours does can help you choose a new haircut. Let’s figure out what hair growth patterns are and what yours are!,What Are Hair Growth Patterns

Before we just into it, Let me introduce myself if you're a newbie here!

Hi There! I am Queen, I would like to warmly welcome you to my Natural hair Blog! Here I share great information and valuable tips that will help you maintain your natural hair, after all, we all want a beautiful crown, right?! :)

I made a special page for you all (my lovely queens!) with helpful resources like coupon codes, discounts and products that will help you and me in our hair journey! I'll also be sharing different Best Selling Products for natural hair as i discover them! 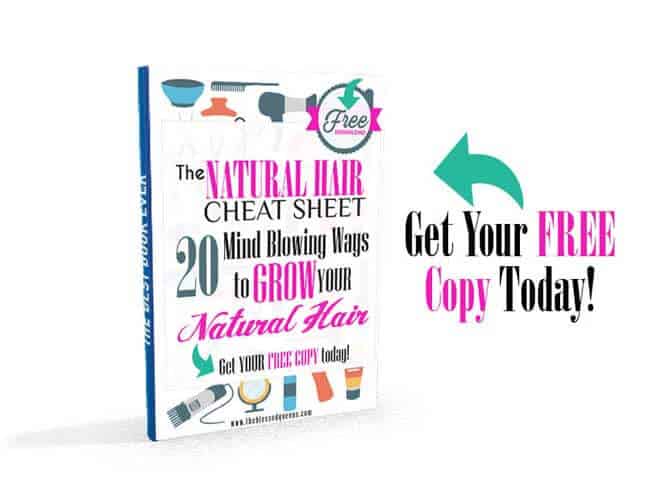 I think we can learn to embrace and have fun taking care of our hair, so join me and let's do it together(Join My Exclusive Facebook Group to get instant access to me, and let's build a community beyond hair)!

Lastly, I have a gift for you! We've all been there, The struggle to grow and maintain our hair Long! Ugh, i know trust me! My hair was stuck at shoulder-length for the longest till I finally passed it :) Now my hair is all the way to my bra strap!

I made this to help a sista out! You can get your free Natural hair cheat sheet guide to longer hair here!

Quick Tip❤️--> If you are experiencing lots of breakage or shedding... maybe you need to solve it from the inside out! I Remember I experienced shedding and breakage and when i strategically started taking specific vitamins it stopped (well, this supplement makes things soooo much easier instead of taking 5 vitamins a day, haha!). Or  you can try this hair formula which i think targets more hair problems. I helped me and I hope this tip helps you dear .

Now that we've got that out of the way, let's continue!

Knowing if your hair grows in one direction, if you have one or more whorls, or if a piece of your hair generally stands up may seem insignificant, but to a stylist, it can signify a lot when it comes time to cut your hair or apply for extensions.

What Are Hair Growth Patterns? Find Out Yours Here!

What are the different types of hair growth patterns?

Hair growth patterns are just the way your hair grows in its natural state. Any hairdresser should know this information because the direction, length, and growing areas are all important when trimming.

If you’re a hairdresser or stylist, remember that hair grows in two directions: following the needles of the clock or against them. This is known as hair flow, and it’s something you should think about before trimming.

On the scalp, hair follicles are arranged in an inclination.
The natural hair growth line is formed when two hair flows grow in opposite directions.

A persistent whorl forms when hair grows in opposite directions in multiple spots.

Hair whorls are strands of hair that grow backwards from the rest of the hair. They usually take the form of a spiral or a circle, and they frequently appear on the crown. A single whorl is common, and it eventually determines the major hair development direction. Even yet, many people have up to three, some of which are smaller than others.

When a client has more than one whorl, we recommend cutting the hair in the direction of the dominant one.

Hair that grows in only one direction, which is usually not curled, is referred to as a cowlick. When chopped too far, it tends to look up and stick out. It usually develops around the front hairline, but it can appear anywhere.

When there are two spirals (whorls) in the parietal area of the head, it is called a double crown pattern (upper part). When cutting, they can be rather difficult to work with. If you’re a hairstylist, search for the one that stands out the most.

Widow’s mature hairline at its peak hair growth pattern of a widow
The hairline meets in a V-shape downward at this point, dropping over the forehead and giving the appearance of a V.

In men, a receding hairline causes widow’s peak, which appears as a conspicuous ‘U’ or ‘V’ on the forehead, sometimes known as ‘hair recesses.’ It’s very common in men who have male pattern baldness.

Hair that grows in the opposite direction of the natural one, producing a spiral on the crown or upper part of the head, is known as a whorl or spiral. Multiple whorls can exist in a single person.

The ducktail was a fashionable men’s haircut style in the 1950s. The slick-back hair is also known as the duck’s tail, duck’s ass, or simply D.A. Hair develops in a V towards the nape, giving it its name. It’s comparable to the widow’s peak, but on the other side of the mountain.

Genetics determines the pattern of hair growth. If you watch your parents’ hair grow, you’ll see that it grows similarly to yours.

Men are more likely than women to go bald as a result of a genetic disorder known as androgenic alopecia, which causes the hairline to recede, the crown to become more exposed, and the hair to thin and practically nonexistent.

Women, on the other hand, do not likely to go bald, although they do lose a substantial volume of hair or get thinner as they age. Female hair loss is slower and more dispersed, so it’s uncommon to encounter a woman who is completely bald.

If you’re worried, learn how to spot early indications of baldness.

What is the significance of hair growth patterns?

Hair development patterns dictate how your hair grows in terms of length, direction, and places. When a stylist understands how your hair develops naturally, they can give you a haircut that follows that pattern, allowing you to wear a versatile look that complements your face every day when your hair grows out.

If the hairdresser doesn’t know how your hair will grow, you may require more haircuts than intended to correct the first cut’s faults. Consider the case where you have swirls that aren’t taken into account during the haircut. When your hair grows back, your haircut will most likely change drastically and no longer look nice on you.

When clipping hair extensions, the same rule applies. Near the crown of the head, hair naturally separates. Placing hair extensions near this growth could reveal it and make it look unattractive because some strands will appear longer than others.

What is the natural way for hair to grow?
A hair follicle (HF) is a multi-structured structure in your hair. It has a lower and upper section, both of which are found within the skin (epidermis and dermis). Its main features with multiple layers are the follicular papilla, bulb, and stem.

Adult hair is referred to as terminal hair, and it goes through several stages of growth at the same time. These cyclical phases are known as anagen, catagen, and telogen.

The follicles develop a hair shaft from tip to root during the anagen phase. They reboot and ready their cells to receive the signal to start the next growth phase and form a new hair shaft during the catagen and telogen phases.

Phase of Catagen
Hair follicles retreat during this phase, with most follicular cells undergoing programmed cell death (apoptosis). It normally lasts two to three weeks, and the hair is in a “rest” state.

The telogen stage is when a person is in the
Telogen hairs are nearing the end of their lives. In the anagen phase, they fall out and make room for new hair to grow in. It lasts around three months and only a few hairs fall out during that time.

After the telogen phase, a third phase known as the exogenous phase might follow, which is marked by the loss of shedding hairs.

What is the average rate of hair growth?

Hair grows roughly 1 cm each month (about 1/2 inch per month) according to the gold standard, and it is unaffected by how often you shave or cut your hair.

How can I get my hair to grow faster?
We’ve put together a few hair-growth guides:

According to doctors, the following are the top seven foods for vegetarian hair growth.
Hair growth patterns appear to be more significant than you previously believed. When it comes to haircuts, they can be the deciding factor, and when hair grows back after a new hairstyle, they can be the straw that breaks the camel’s back.

Hairs range in length, thickness, shape, and color, as well as their location, androgen sensitivity. Keeping in mind that heredity has a big role in how your hair develops.

Although the hair growth cycle is largely unrelated to daily or annual rhythms, it can be influenced by the environment and hormones.

You can take better care of your hair and come up with a hairstyle that works every time now that you understand hair development patterns and how your hair develops. 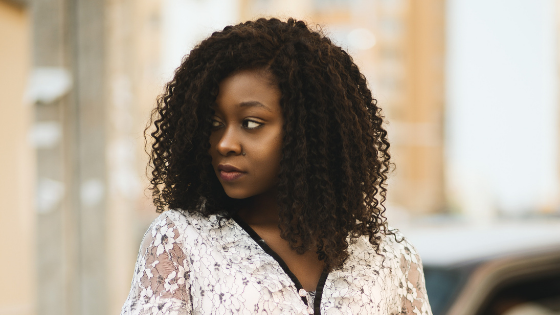 There you have it, What Are Hair Growth Patterns? Find Out Yours Here!

How do you grow your hair super fast overnight?

What to read next? I’ve got you, girl!

The Lady Behind The Blessed Queens

Hi There! I'm Silvy (aka Queen)! So good to have you here!

I am a passionate upcoming Ghanaian Blogger & YouTuber with a heart for Jesus! I want you to know you are Special, beautiful and so is your hair!

Feel free to connect with me! 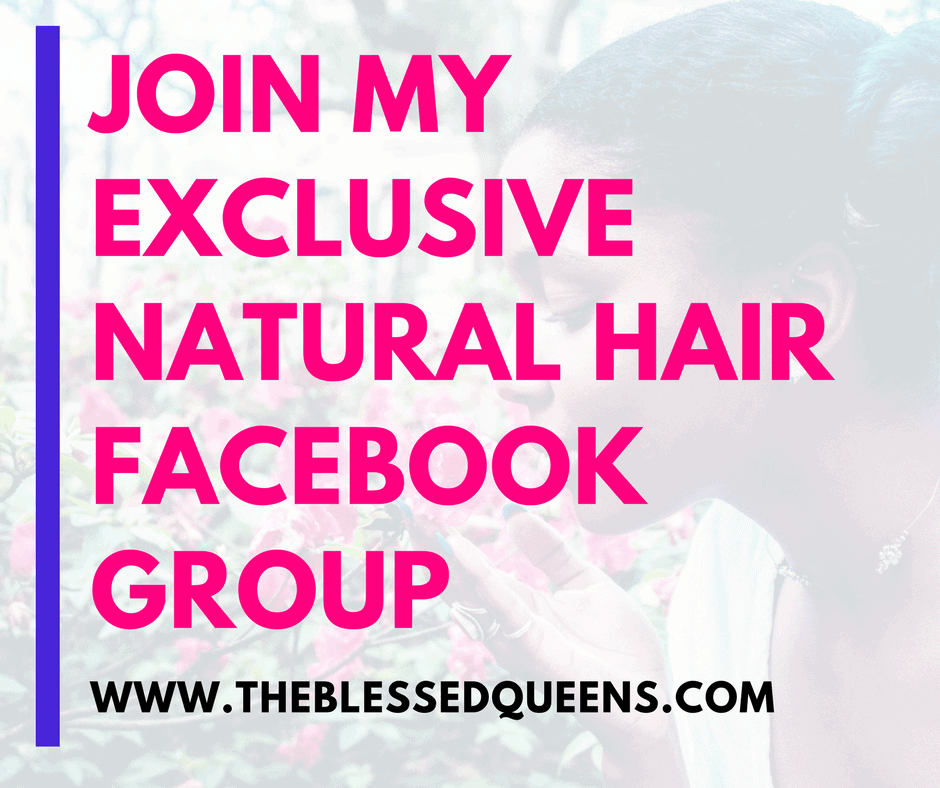